A legume is a seed contained within a shed or a pod. Well-known legumes include alfalfa, clover, peas, chickpeas, lentils, lupin bean, mesquite, carob, soybeans, peanuts and tamarind. The legumes are of the Leguminosae family. When both the seed and the pod is consumed – as with green beans and snow peas – the legume is considered to be a vegetable. Under the legume umbrella we have beans, lentils, peas, and peanuts. Home canning legumes and beans is an excellent source of plant protein and other nutrients such as iron and zinc.

Is there a Difference Between Legumes and Beans? 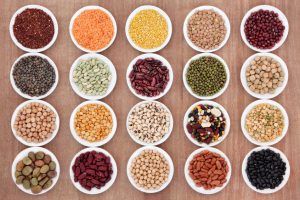 while lentils are their own type of legume, harvested as the seed of the plant and then dried.

Legumes have some wonderful health benefits and are not only for those that don’t eat meat. Legumes are high in dietary fiber and have a low glycemic index. Basically, that means you’ll feel fuller longer because it takes longer for your body to break them down, and it also makes them a great food to help manage diabetes. They’re also a great source of protein for those that don’t eat meat, and super cheap! Even on a low budget you’ll be able to get super creative with so many legume options and recipes ta ‘boot.

The History of Legumes

It is fascinating to discover the many different uses for legumes throughout the world. In China, a common addition to dishes is what are called “fermented black beans” and they act almost like parmesan cheese would in most other areas. Made of dried and salted soy beans, they can be used as a topping, to make “meat” balls, to bring out the flavors in a dish, or in stir fry. As for flavor and aroma, they are rumored to be harsh even to a fermented food lover, but no one ever said trying new things was always easy!

A little closer to home for many of us is a characteristic recipe in the southern United States that we all know and love called, baked beans. In fact, it might be difficult to find a picnic without this staple! Another versatile favorite of mine is my Mixed Bean Medley.  Nothing says Taco Tuesday like this flavorful refried bean recipe that looks great as a base for your taco or inside a wet burrito. It also makes a great soup.

Purchasing dried beans and legumes offers a huge cost-savings compared to store-bought canned beans, however, when we are short for time and dinner needs to get on the table, the thought of rehydrating dried beans is a bit of a pain. Having home-canned beans on your pantry shelf is such a blessing when crunched for time. Better yet, when comparing the cost of commercially canned beans, you are at a cost savings given the volume of beans per jar, the fact the jar and ring are reusable, and the low cost for lids and ingredients.

What Do I Do if I Have Hard Water?

Dried beans soften best in soft water, meaning the water is free from minerals like calcium and magnesium. Soft water is typically treated water where the only ion is salt. For those of us with well water, we struggle to soften our beans, even when soaking overnight. If you have hard water and do not have an in-home water softener, use distilled water or create soft water using the following ratio: 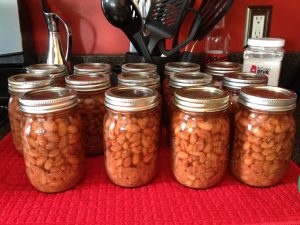 How to Use Home Canned Beans 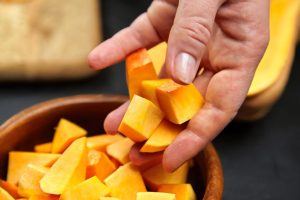